by far my favorite desktop wallet still after many years

Good, a lot of new stuff

Electrum 4.3 will suggest a channel rebalance or submarine swap if it can help receiving a payment. 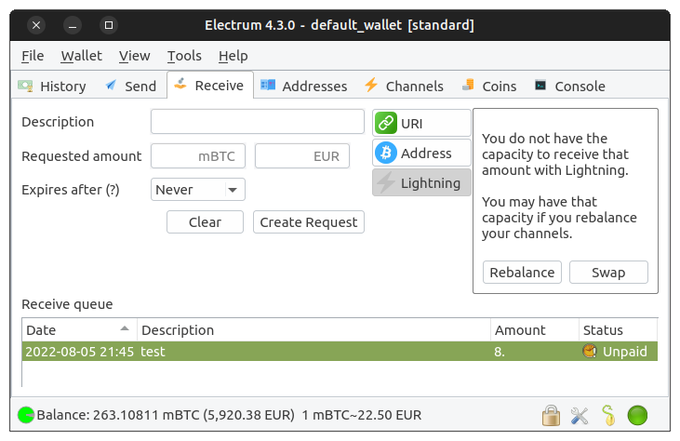