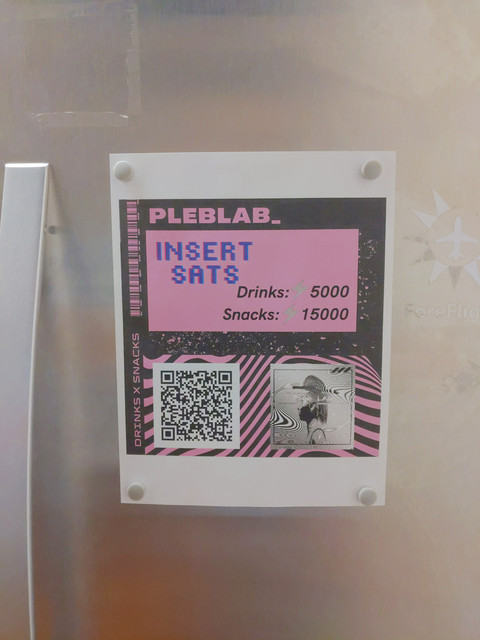 Does Alby actually support lnurl-auth spec? Last I checked, they used their own "WebLN" implementation.

LNURL-auth simply requires deriving a site specific signing key from a master key. The master key doesn't have to be related to your lightning node.

I believe so. The "linking key" is derived from the master key-pair generated from the wallet.

thank you for digging this up! This part of Bitcoin's history is close to being forgotten!

Hello, this is my team's hackathon project for btc++. The site is live and mostly functional, but we still need a few days to fix some styling issues and release a few features.

In the next few days we will have lightning login and withdraws, followed by customizable tip pages and pay names. Longer term, we are moving away from LND / Lnbits as a backend, and building a custom accounting plugin for core lightning.

The site is meant to be functional as well as being a code demo and learning tool for making web apps on top of lightning. The plan is to keep the core concept simple, while implementing a lot of lnurl features. The codebase will be open source for everyone.

If you have any questions or would like to contribute please let me know.

There have been some issues with lnbits, so signups are temporarily disabled for now. Will be re-enabled in a few days with the release of lightning login and withdraws (and better CSS for mobile).

Lnbits on LND for now. Will be converting over to Core lightning in the next few weeks.

5 sats \ 1 replies \ @BlueSlime 20 May \ on: I dove into the self-sovereign stack for Lightning, here is a loooong thread on my thoughts/experience/tech choices

I have a fully automated docker stack of a few combinations of things, mainly Bitcoin core / Clightning. It uses pruning to download and sync to the main chain in about 20 minutes. clightning has good support for pruning. Would that be something worth publishing?

8 sats \ 0 replies \ @BlueSlime 20 May \ on: Bionic Reading: a crazy hack that makes you read faster

The right side does feel nicer on the eyes. I'd like to try this on a larger text!

Under the hood, lightning channels have their own addresses for funding. It is technically a Bitcoin address, but wrapped in a 2x2 multisig contract with another signer. That is what initiates the "channel" between both parties.

So the question you should ask is: Do you want to lock up all your Bitcoin in a lightning contract? These contracts can take two weeks to close if the other signer is unavailable, and there's still risks of losing your coins if the keys (managed by your lighting node) are lost in some catastrophic way.

I wouldn't lock up more coins than you really need to use for daily spending, there's no upside yet potential risks and downsides, however small.

Now if you are running a routing node and providing liquidity to the network, that is a different story.

I wish there was a way to bookmark posts within SN. These lists are great!

The biggest misnomer that I see expressed repeatedly in these debates over energy usage, is that the Earth's energy supply is monolithic and extremely scarce, therefore the miners are drinking out of the same milkshake as your desk lamps and air conditioner.

Miners make their money off consuming electricity that nobody else wants. Their overall consumption just proves how much energy was being otherwise wasted or unused.

You can use your username too!

6 sats \ 0 replies \ @BlueSlime 16 May \ on: 🤡 FTX's billionaire chief Sam Bankman-Fried says bitcoin has no future as a payments network- FT

This surprisingly ties into the conspiracy thread that I posted earlier (involves FTX):

0 sats \ 0 replies \ @BlueSlime 14 May \ on: Maybe a stupid question, but what is the difference between a hardware wallet and a seed signer

I would say that wallets do not store bitcoin; all bitcoin is stored in transaction s on the blockchain. Wallets really just store keys to spending those transactions.

I agree that all wallets are really a keychain device, but we call it a wallet for some reason.

Today is a good day.

Looking for a pleb guide on managing and balancing lightning channels, any recommendations?

0 sats \ 0 replies \ @BlueSlime OP 12 May \ on: Bitcoin Switch: a cheap and simple unit for turning anything on with #bitcoin 🚀, with OR without a screen.

I have plans to start a similar project, but this brilliant gentleman beat me to it. His github is here: